“Natural rights” are the rights that all men possess. Because we enjoy natural rights we may be obligated to act, or to refrain from acting, in certain ways. This is also one of the reasons our Founding Fathers added the 2nd Ammendment to the Constitution

There are many natural rights. All natural rights are inferences from one original right, the right that each mankind has to preserve his or her life.

Self-preservation also comes from other natural rights such as the right to liberty and the right to own property. Natural rights teach that we not only have a right but an obligation to preserve our own lives.

My name is Kent Graham. I do not come from a career of law enforcement, military, or armed trained service. I worked in the oil field, farming, construction and chemical industry. I served as a safety manager for a local chemical company for 16 years where I developed and implemented OSHA regulated safety and environmental training. 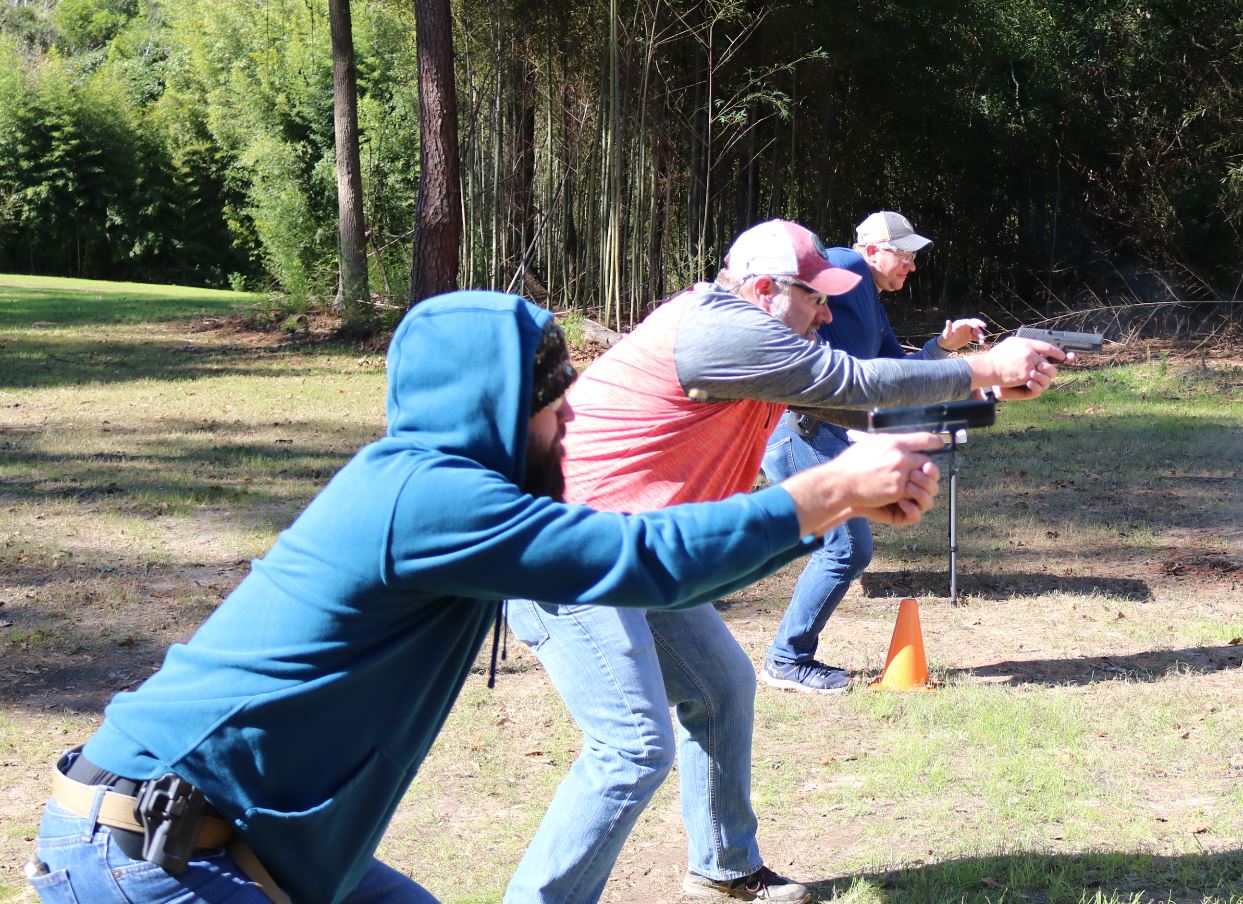 Being a firearm enthusiast, I have spent most of my adult life using and carrying firearms for hunting and for the protection of my family. With the culture in which we now live I have seen many friends and relatives realize the need to carry a firearm for personal protection more and more. In many cases with little or no formal instruction. 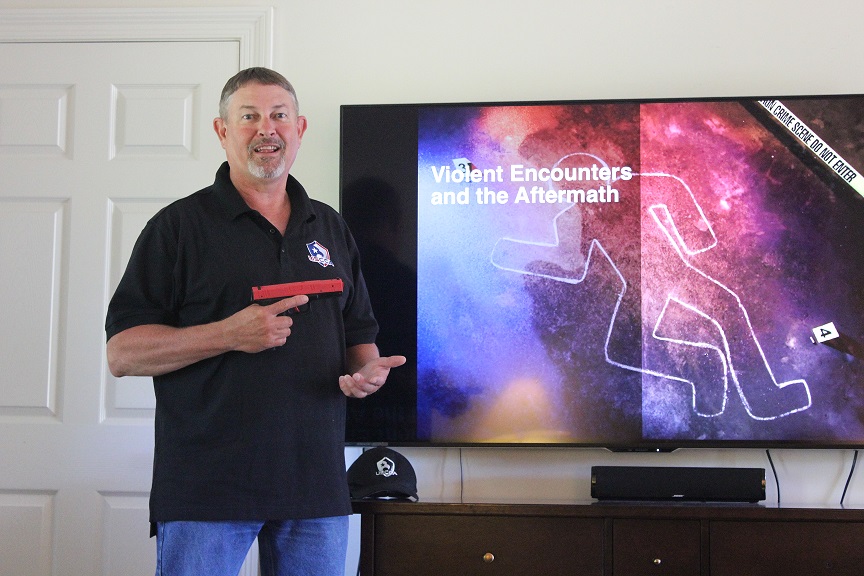 I began to search for a good firearm course that I could present to those who wish to get some basic firearm protection, as well as a better understanding of the legal ramifications of carrying a weapon. For years I have had an enhanced carry permit and have used United States Concealled Carry Association's (USCCA) personal protection insurance. I am also a proud NRA member.

In my search for the firearms course that would serve those who would potentially attend my class, the USCCA material was what I chose. I have been certified as a USCCA instructor. Using their exemplary material I will be offering several courses. I will be offering basic handgun, concealed carry and home defense courses. In addition I will be certifying those who would like to obtain their enhanced carry endorsement for the state of Mississippi. 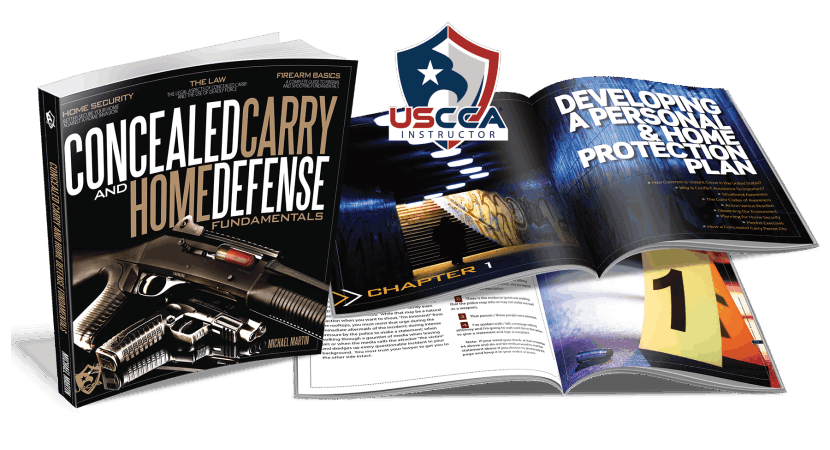 Second Amendment
In 1787, 13 states sent delegates from their respective state to Philadelphia to draft a blueprint for this new country we call America. This blueprint became known as The Constitution of the United States. The reason for this document was conceived by the delegates from each state who had been subjected to government control from England. The goal was to have checks and balances within the government to make sure none of the three branches obtained too much power.
The Constitution is an amazing document. The problem with this document is that it did not extend any individual rights. The Constitution had plenty of guidance as to what the Government could do but had nothing to control what it could not do. The states wanted some rights. They would not ratify the Constitution for four more years because of this. Since the new nation had just been freed from a repressive monarchy a majority refused to support the Constitution without a Bill of Rights. These rights would be a guarantee that the new government would not trample on our newly won freedoms of speech, the press, religion and other natural rights we have.
Thomas Jefferson argued:
“A bill of rights is what the people are entitled to against every government on earth, general or particular, and what no just government should refuse, or rest on inference.”
In the end the American Bill of Rights was adopted and became the first ten amendments to our Constitution. One of these ten amendments that was ratified in 1791 has garnered substantial contentious publicity over the last decade. The second Amendment. So why did our Founding Fathers feel so strongly that gun ownership should be included as a natural right.
The Second Amendment reads;
“A well-regulated militia, being necessary to the security of a Free State, the right of the people to keep and bear Arms, shall not be infringed.”
As former Englishmen the founding fathers enjoyed a basic right to bear arms. English law even required men to practice with their arms should they be needed to defend the nation. When the revolutionary war broke out against the distant government in England, having armed citizens in the colonies was credited with their success in winning the war. The argument today is that we do not have well defined militia like they did in those days. However, in 2008 the Supreme Court interpreted the amendment in favor of an individual’s right to own guns.
Regardless of why the founding fathers made sure we have the ability own guns, the reasons we should have them now is just as important. We have not just the right but the responsibility to protect our families from outside aggression. Some say, that is the responsibility of the police, sheriff and other law enforcement agencies. You don’t have to be a genius at math to realize there are not nearly enough law enforcement officers to afford protection to everyone, all the time.
Having the right to own arms is also a responsibility. It is a responsibility to be a protector and not an aggressor. The battle over the right to bear arms or the laws pertaining to the Second amendment will not end time soon. We as responsibly armed citizens need to live in a way that those who want to trample on those freedoms we hold dear, don’t have the ammunition, pun intended, to strip those rights.
When going through training created by USCCA, I was encouraged that they want to help citizens become well trained, responsibly armed American Citizens. They focus not only on how to handle firearms safely, but also on how to stay out of situations that may lead to using deadly force. Then they also offer help should you find yourself having to defend yourself legally as a result of defending yourself physically. 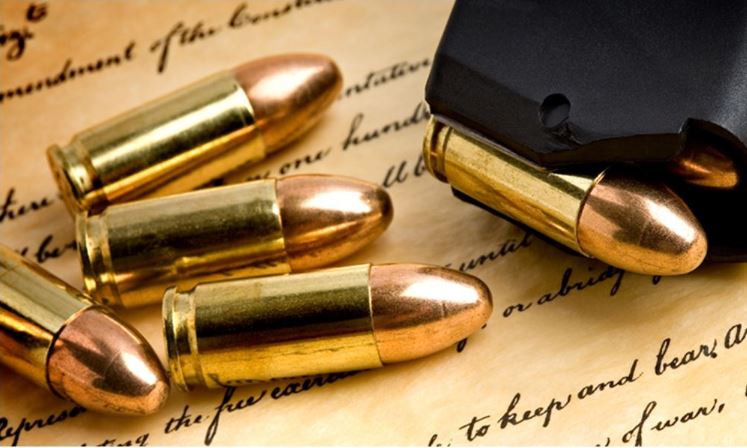 The Second Amendment Gives Nothing

“A well regulated militia being necessary to the security of a free state, the right of the people to keep and bear arms shall not be infringed.” – The Second Amendment to the United States Constitution. I’m not a Constitutional expert. But what if I told you that the Second Amendment does not give you the right to protect yourself or your family? It does not grant you the right to keep and bear arms, either.

Before you get upset with me, hear me out: The Second Amendment does not give you the right to do anything. That right exists—with or without the document. The Second Amendment to the United States Constitution protects and guarantees the right of individuals to keep and bear arms. It affirms our right. And what the Second Amendment was designed to do is prohibit government from infringing upon that right. Nowadays—with our Constitution under a microscope and often under attack—it’s imperative that we understand that.

If we don’t recognize this truth, a problem arises in the assumption that if we didn’t have the Second Amendment, no one would be allowed to own any kind of firearm unless the government provided that right. But the Second Amendment is not a reward or a possession to be given (or to be taken away, for that matter) by anyone or anything. Our right to keep and bear arms—to protect ourselves and our loved ones—existed before the Bill of Rights was drafted and passed, and it exists no matter what man or government may say.

Basically, our Constitution holds a set of specific instructions (and limitations) for our national government. Perhaps that’s why so many big-government supporters seek to destroy it or change it, or to pretend it’s not even there. And while our government can claim that the Second Amendment doesn’t mean what it says, and they can pass laws that go against it, the right to keep and bear arms is an inalienable right. And in that regard, the Bill of Rights is meant to safeguard our rights from our government. The Constitution (including its amendments) lists the specific powers and authorities of our government, and anything not specifically granted to government is for the states or for WE, THE PEOPLE.

Another powerful insight to the Second Amendment is the use of the word “infringe.” The word can be defined as “to wrongly limit or restrict; to encroach upon in a way that violates law or the rights of another; to enter by gradual steps or by stealth into the possessions or rights of another.” This word was not chosen by accident. It was purposefully crafted into the document to warn against powers attempting to block, challenge, or chip away at our right. It was written to warn against tyranny.

As Thomas Jefferson so aptly declared, “No free man shall ever be debarred the use of arms. When governments fear the people, there is liberty. When the people fear the government, there is tyranny. The strongest reason for the people to retain the right to keep and bear arms is, as a last resort, to protect themselves against tyranny in government.”

The Second Amendment is a wonderful part of the Constitution of the United States, a part of America…past, present, and future. In its pages, those celebrated “certain inalienable rights” were expressed as never before in history. But the words contained therein have no power on their own. It depends on the willingness of WE, THE PEOPLE to back them up with our actions.

So, although I noted that the Second Amendment gives us nothing, I suppose that it actually gives us everything. It gives us hope, and it gives us cause. And it gives us reason to pay attention, to learn, to understand, and to continue to stand firm for the protection of our absolute, unforfeitable right to keep and bear arms.

Made with Mobirise web maker